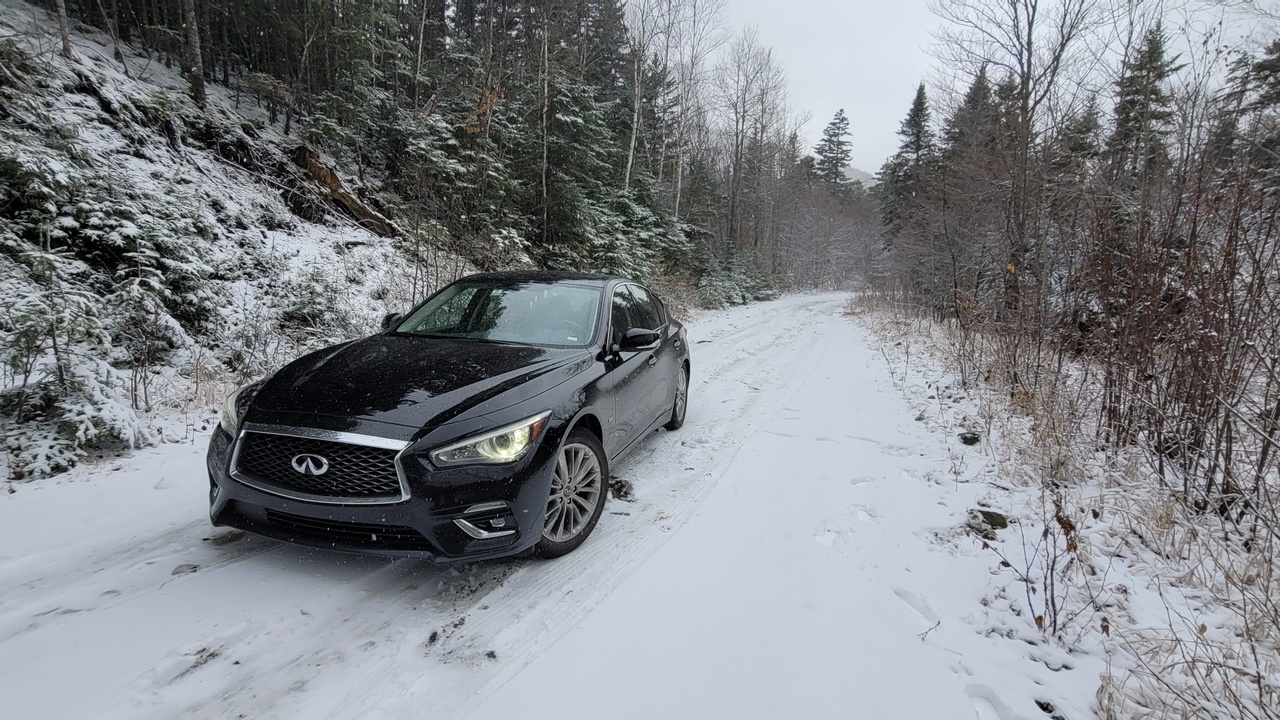 Mistakes and How You Respond

We all make mistakes, everyone knows that. Some of us even make stupid mistakes.

On my recent trip to New England, we chose a luxury upgrade to our rental car. It was quite unsatisfactory because we have had previous rentals from an economy brand that had better features and functions than this so-called luxury car. It was nice enough, and we were doing a lot of driving around. We started in New Hampshire, went down into Massachusetts, Rhode Island and Connecticut, then we went back up into Vermont, across New Hampshire and up into Maine, not all in the same day but it was still a pretty quick trip. I am an explorer, I don’t just stick to the highway. I like forest service roads or back roads into small towns.

My wife saw this lake near the highway, but of course this whole area is pretty thick forest. She said it looks like we can get to the edge of that lake, on this small side road. It’s exciting to explore, so I was all over it.

We started down this small dirt road and it was clear that we were the only ones that had driven down it today, because it was covered in a light layer of snow. It was beautiful, snow on the trees. The wind was blowing snow off the tree tops making quite a spectacle.

Well as long as we were inside the heated car. It was actually turning into quite the snow storm, the dusting of snow was now closer to an inch of snow and the wind was 20 to 30 miles per hour, making the wind chill quite cold. The road turned downward and it was too late, I was committed to the bottom of the small hill before I could turn around. We didn’t make it to the lake, I turned the car around at the bottom of the hill and then realized that the road was dirt and this silly luxury car was rear wheel drive.

The rear wheel drive car on highway tires was no match for the snow covered hill. I made it within a car length of the crest, a car length from freedom. Trust me, I drive well in snow, I have lived most of my life in Colorado and we have plenty of opportunity to practice driving in snow. So close to the top and each attempt I made actually started to make it worse and I made less and less progress.

Did I mention I was from Colorado? To admit getting stuck on this tiny dirt road in Maine, well, ug. Of course, the cell phone didn’t work where the car was stuck, so I trudged my way back to the highway. The car had plenty of fuel and snacks, so we could probably sit there until the snow melted. That would jus be a day or two, right?

It is tough to admit being beat.

Even tougher knowing that the tow truck company will charge at least $200 or 300 dollars just for the trip charge. The wind and cold was unpleasant, the half mile walk to the highway was torturous and calling the three closest tow companies, all at least an hour away to see who would come pull it out. Then there was the cold windy walk back to the car to wait.

I was frustrated with myself, with the idea that I could not get this car up this silly little hill and now there is a price to pay.

After an hour of waiting in the car, I headed back to the road to meet the coming tow truck driver. A couple of hunters pass by, “we talked with your wife, want some help.” It took all of 5 minutes to pull the car the extra 20 feet to the crest of the hill, and that included the time to hook the chain up underneath it. Hunters giggling, are you really from Florida? (license plate on the rental). Well, my manhood already failed the test and who cares what these guys thought.

Car was out, we were on our way again, and only paid the tow company $200 for the drive getting half way there.

Younger me, would spend the rest of the day brooding over the mistake, over $200, over the embarrassment. I moved on, forgave myself and said this mistake will not taint the rest of my trip or my time with my wife.

We choose how we react to the mistakes we make.

Somehow in life we are taught this self judgment that is typically harsh and unforgiving. It makes making mistakes harder or more hurtful and it holds many people back because they don’t want to make a mistake.

The truth is making mistakes is where we grow, it helps us know our limits and stretch our abilities. I’d rather get stuck and waste a few hours in my efforts to explore than to try new things. The car wasn’t damaged, my wife and I were sheltered from the cold, all we lost was a bit of money and a few hours. The hours weren’t lost, they just adjusted our schedule. My pride took a hit, but really only for a few minutes, because I know that my car wouldn’t have been stuck at home I would have tools to solve the problem. This wasn’t about my ability to drive, I exceeded the car’s ability, not mine.

If I brood or ruminate on mistakes, I hurt myself and likely those around me with bad attitude. I find the lesson, forgive myself and move on, everyone benefits. Next rental car upgrade, SUV!